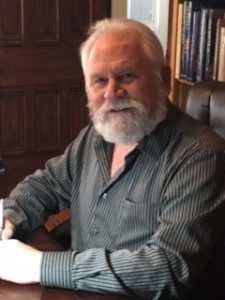 Mike Judnick worked for more than 20 years as Vice President of Justice Services for The Change Companies, a national leader in the development of evidence–based curricula for behavioral health, cognitive behavioral–therapy and treatment programs.

In collaboration with industry professionals, subject–matter, and Academic experts, Mr. Judnick led efforts in development and consulted in the implementation of programs throughout the Federal Bureau of Prisons Psychology Services and Chaplaincy Services system wide. In addition, Mike collaborated with the United States Administration of the Courts in the development of models and curriculum specific to offender supervision under Federal Probation.

Other areas Mr. Judnick has influenced include but are not limited to: Reintegration into the community, Reentry both pre and post release, an effective step–down model from administrative segregation within Prison systems, community–based supervision, Pre Trial and the full spectrum of Court Services including Drug and Problem Solving Courts. Mike also collaborated with many States Departments of Corrections and Juvenile Justice in the development of the curricula and implementation within their systems. Through his life’s works more than 20 million individuals have been served through these and other programs he’s supported.